Qualification: More than 2 years total practice or 3 months after receiving 1st kyu. Age 12 for
“junior rank” ending on 17th birthday (or by special invitation).
A: Kata

B: Kihon – four sets of each combination by instructors count

2. Jiyu-Kumite (against a brown belt a Shodan and a Nidan)

1. Examinee’s explanation of combination choice.
a. Use of basic concepts (stance connection, power source and transmission, and kime
points).
b. Application, from set-up to finishing technique and recovery.
2. Examiner’s choice – explain, to a student how to improve a technique (kick, punch,
block, strike).

Evidence of commitment to the quality of The American JKA and its members.
Evidence of personal growth in the values of JKA Style Shotokan Karate-do.

1. Examinee’s selection of theory related to:
a. Body dynamics
b. Coordination/timing
c. Strategy
d. Power relations
2. Examinee’s theory must reflect depth in research for support.
3. Examinee may chose test the theory, but extensive test procedure is not
recommended at this level.
4. Quality of presentation, adherence to proper format, and depth of study will be of prime
concern.
5. Length of the paper is not of concern. Insignificant wordiness is a waste of time for
everyone.
6. Submit to The American JKA Technical Committee a minimum of one week prior to the
exam date.
7. Prepare for brief oral explanation during examination or before.
Questions will be asked for the purpose of determining
understanding and bringing out the quality of the research.

Has accepted and provided leadership in a national level position that
promotes the AJKA in particular and JKA style Shotokan Karate-do in
general.
Provides technical and administrative training that directly
elevates an individual to Yon dan level.
Has shown evidence in personal growth in the values of The American
JKA.
Has assisted in international activities.

A. Service to national organization
B. Service to international relations.
C. Publish of extensive study.

Uncommon individual achievement in research, published works, teaching and
leadership resulting in the raising of a Seventh Rank (Nana dan).

At this stage the individual has reached the highest image of karate development. This
person has been directly responsible in the raising of people to the Eighth Rank (Hachi dan). 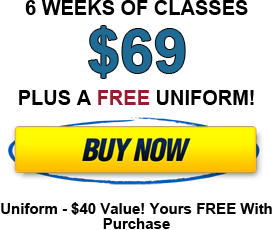